CONTACT: Joy Yoo | WHRO Public Media, 757.889.9491, This email address is being protected from spambots. You need JavaScript enabled to view it. 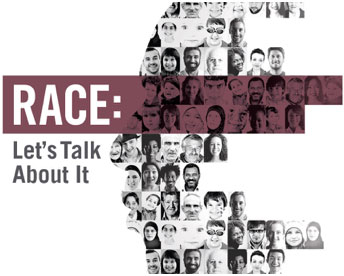 NORFOLK, VA (February 13, 2017) – WHRO Public Media, in partnership with Virginia Wesleyan College and the Fort Monroe Authority, will host its sixth installation in the critical “Race: Let’s Talk About It” series on Tuesday, February 21, at 6:30 p.m. at the Fort Monroe Theater in Hampton, Virginia.

Moderated by Barbara Hamm Lee, host of Another View,  this event will focus on the relationships between police officers and communities of color in Hampton Roads. “The Talk” is the often difficult but increasingly necessary discussion Black and Latino families have with their children about avoiding confrontations with police officers. Attendees will also watch a special clip of PBS’ “The Talk,” which premieres on WHRO-TV15 on Monday, February 20 at 9:00 p.m.

Representatives from police departments throughout the region will be present to participate in the conversation. The panelists will include:

In October 2015, the “Race: Let’s Talk About It” town hall series launched in an effort to engage the Hampton Roads community in  transparent dialogue about race relations. Specific topics have ranged from the symbolism of the Confederate flag to the role that race plays in politics and religion.

“We are excited to continue these critical conversations. It has been inspiring to see the Hampton Roads collective community continue to attend these town halls and have the courage to be honest and critical about race in America and our community,” states Barbara Hamm Lee.

About WHRO: Since its founding in 1961 to support education, WHRO has employed creativity and technology to serve the residents of southeast Virginia in its mission to educate, inform and entertain viewers and listeners of WHRO’s four public television and eight public radio stations. Owned by 19 southeastern Virginia school divisions, WHRO also delivers online educational and new media services to 286,000 students and 25,000 educators per month. To learn more, visit www.whro.org.